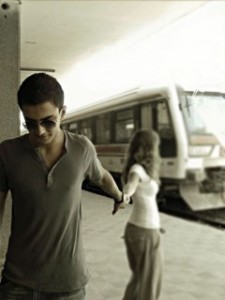 What began as a customary night for Jake and Ellen was turning out to be an eventful one and that too on a gloomy side. They were a few miles out of the downtown in a private lawn traditionally owned by Jake’s family. Ellen was standing there alternately staring and avoiding Jakes baffled eyes. At last gaining some strength she broke at the top of her voice.
“Screw you” clearly disgusted this evening was nowhere near the way she expected it to be rather say wanted it to be (deep down she probably knew this was coming).
“Hey chill Ellen why so serious honey “said Jake fabricating a giggle on an attempt to mitigate the scene on this grave heavy night.
“Do you ever take anything seriously? Jakes it’s not only your life this time. How long do you plan to drag it” said Ellen with tears hanging loose by her eyelashes?
“Ellen You know I love you what else do we need? “Said Jake keeping his voice as polite and as low as if a small kid talking to his angry mother.
“God damn it that’s not enough we won’t be in college forever. What after once we move out” said Ellen breathing heavily and her words breaking in between.
“Well there are still a few months to it we can work it all out. Trust me honey. You’ve gotta trust me” said Jake pleadingly to calm Ellen down.
“ Well I think you don’t remember you said the same thing a week ago than a week prior to that and so on. It’s been like this for months now Jake I am not a kid and I don’t like the feeling that I am taken for granted. Every time you say it so easily , every time I believe you blindly, believing against all the odds that you will really think about us this time.  You will at least think God damn it. I am tired Jake. Tired of hoping against all hopes. You don’t know but you have gone too far away from me in your search for something that’s probably more important than the two of us. Naah, most probably more important than me. All you think about is you and your dreams. And I don’t find myself fitting in anywhere.” Said Ellen trying hard to control her tears and disbelief to what all was happening.
“Give me a last chance please, for God’s sake Listen to me “
“Its over Jake”
“Between you and me we should better move on with our lives and please if you ever loved me or considered me as a good friend dont follow me or try to call me. I am gone, I have taken my decision and I am not going to change it. Please leave my life please…” and she broke into tears no matter how hard she tried to convince herself this was not going well with her. She turned her face away from Jake and ran to her car with turning back even once and next moment she went driving downtown, tears flooding from her eyes but none the less she had taken her decision, Jake was past.
Jake was standing there 3 miles out of town amid chilly western wind that was blowing his hair sideways but more than that, it had a few moments ago blown his heart away. He was unable to feel his own body.  He was feeling as if he was slammed in the gut and a large portion of his soul was torn apart. For the first time in life he felt a complete loss of sense everything seemed ominous and utterly meaningless. All that had happened was so ridiculously illogical (as it seemed to him that very moment). To put it in one word the feeling was abysmally abject. 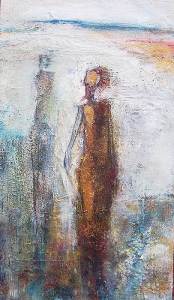 Everything was so perfect a few hours ago. How the hell could this happen to him? But was it really perfect? Or he was just fool feeding his own beliefs of perfection, a fake pride, a fake hope and a fake sense of security to himself. At about the same time and at the same place and exactly a week ago, Jake and Ellen were lying on the garden floor staring at the endless sky with twinkling stars as if diamonds were struck in a coal mine.  Their hands were tightly entangled, fingers gripping each other in a zigzag pattern. This was something they had been doing every alternate weekend since a year and a half ago, the time they confessed their feelings to each other.
“This is so beautiful and is as alluring as it can be every time we come her. It just does’t seem to loose its charm, you remember how long we have been doing this but its always so refreshing and romantic.” Said Ellen mesmerized by the beauty of that clear cloudless night.
“Yeah honey I can just lie down here and gaze these stars till eternity” said Jake attempting a cheesy line.
“Hmm ha don’t try these lines on me “said Ellen poking Jake by her elbow (why he always speaks for himself couldn’t he for just once talk about us).
“Ouch! That hurts honey” said Jake “I plan to make this a star gazing resort “and he laughed on his own joke.
“What happened sweets “asked Jake casually noticing the disinterest of Ellen?
“Hmm nothing I was just thinking about something” said Ellen in a slightly disappointed way in the years they have been together what all they have talked about was Jake’s feats his plans ideas his philosophies on life. She was searching herself in this for more than a year. And with every passing day these feelings began dominating her thoughts. Was she even required in his life? Did she have a place there? Was her life supposed to be like a Doll of a successful guy? Was she loosing her own identity in Jakes wandering future?
“Hey tell me honey what’s that bothering you?” asked Jake for the first time sincerely.
“It was just that” she paused for a moment “honey, college will be over soon, its just a matter of few months, then what? “  asked Ellen more to herself than to Jake.
“Hmm well we will enjoy our life for a while, then get a job and secure future etc” said Jake plainly.
“That’s it? That’s all that we will do?” asked Ellen, conforming the same unemotional and stoic remarks she was used to hear from Jake.
“What else are we supposed to do “said Jake (I m just not ready for it right now).
“Well I think you know what I mean but you don’t want to realize it, not to me but to yourself” said Ellen more disappointed than irritated for she has known him for years and he has always been like this.
“ I need sometime to think Ellen, I mean we are just going to finish our studies. Life is just beginning and you know I Love you“said Jake assuring Ellen something that he has been doing for quite sometime now.
“I knew you will say it, this is what you have been saying since I started thinking about the future of our relationship. But its time you give a serious thought to it, please Jake at least think upon this for us “pleaded Ellen.
“Oh k I would honey, definitely“ said Jake to lighten the scene and cuddled Ellen in order to wipe out all that has just happened. 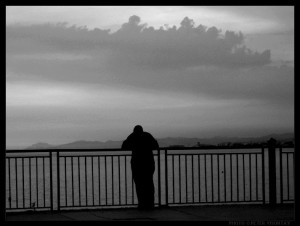 The stills of that night were flashing like a live video in front of Jake’s eyes. He felt a sensation on his thighs (Damn! Even my senses are playing games with me). The sensation continued for few moments that’s when he noticed fireflies in his pants. Someone was calling him.
‘BILLY CALLING…”
…To Be Continued
PART II

16 thoughts on “And They part their ways…”