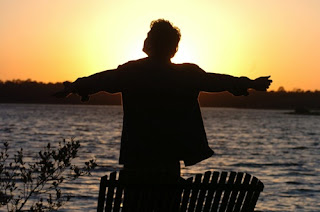 For long I have been planning to write something but it kept on getting delayed. Travels, extensive reading and over extensive thinking took up a lot of time in the past few days as I stand on the cusp of a very important phase in my life. However, in the past few days a lot of things happened which influenced or should I say refined my thinking to a great extent. I finished reading atlas shrugged( An Ayn Rands classic) picked up The Snowball ( Warren Buffet’s biography ) to put it down and than picked up The Celestine’s prophecy ( which completely blew my mind).
Of a lot of things the book talks about I would like to discuss the Part about co-incidences. Often it happens in life that we get a feeling about things whether we should do them or not.  A feeling like ‘I should visit Nilay today’ and we discard them citing Unimportant, vague or whim. But than sometime it happens that we do things without any logic or a foreseen cause but that thing turn out to be very influential later on. The book says that the coincidences are conjured by human mind through its desires, feelings, emotions and will.  Since Einstein proved E = mc2 in his theory of relativity, there has been universal agreement that matter can also be converted into energy or it is in other words Energy. Which means this entire universe is a mesh of energy at varying degree of vibrations (Entropy). When we are focused and enthused by something we are at a higher energy level and the change in our energy level influence the energy in the world.
And when we effect the energy of the world with the variation in our own energy we seemingly start writing our own destiny. Coincidences are effect of these energy changes you concentrate your energy on a particular item knowingly or unknowingly and you attract things and people working on the same line of thoughts as their energy shares an affinity with yours. How often in your life have you met the right person just when you needed him? (And you knew you needed him though uncertain of form).  From here on I will give you examples from my life. 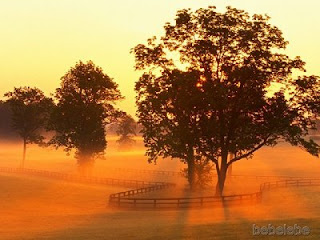 This is the account of past 3 years of my life…
I was in second year of college had finished more subjects of my branch than most other guys in my college perhaps city  and realized that I needed something new in life something more than the technological rants. I meet a guy(now a v good friend of mine), Aditya and he told me they were planning a newsletter project in college and were looking for like minded people he said that I was good and he could get me into team if I was interested. Well Of course I was interested I mean that is exactly what I was looking for a new avenue.  In a few days at my JAVA Classes(another form of technological rant) I got a call ‘   Hi Mayank this is Abhishek I think you had a chat with adi about newsletter and we are meeting this Sunday at CCD hope to see you there’ ( not the exact words).
This is how my journey with a newsletter began I started off as a columnist and wrote on Astrophysics ( yeah you heard it right, I mean what else do you expect of a famed nerd?). For the sake of team I was asked to get internet connection as we could not meet regularly but had to work regularly.( I wonder if it had not been for Ojas(Newsletter’s name)  I might not have got internet connection that early. I was working as a columnist when the team felt the need for web presence and I was given the responsibility, now I didn’t know much about web development, I still I don’t, but as always I knew the right people. And I got my best friend in team ( he is now getting paid for developing sites for others) who also didn’t have a clue about web development but is a god of computer science.
Meanwhile on internet I made a lot of friends special saki dee ( my first ever online-friend but she taught me a lot of things and guess what she too was a software engineer, I got to know the positive side of the life of a s/w engineer through her)  Sunaina ( so far the most influential person in my life, more on her later), Prachi ( my friend who is a girl but not girlfriend or mentor or something that classify beyond friendship , my first close friend who is a girl) it was interacting with her that I actually opened up to girls( without making them sisters).  And a lot of other people Rohit( another techi with the spirit of an entrepreneur) , Adarsh, Shriram ( his brother was my batch mate for IIT Delhi interview), Nikhil ( a potential bestselling author of the future) and many other each of them influential in their own way. I also made some very unique real life friends Nilay( who hooked me into reading mangas and watching animes as I was done with playing Games and didn’t have much else to do, Met Goldie with whom along with Nilay I tired my hands at stock trading( it was a good learning experience)  other than that I met Divyadeep a sheer genius, Anmol an investment banker in the disguise of a software engineer, DJ born with a silver-spoon but showed us what are the troubles of being born with a silver spoon.  All in all I had a rich diversity of friends.
It was one issue into the magazine and I was still doing what can be said technical jobs writing technical articles and other form of procedural jobs. This seemingly get me frustrated because practically my life was perfect I was the part of the 2 most exclusive club in the college IT Club and Ojas. Was among the most popular figures in my batch, almost all the teachers knew me. But here I was empty wondering what was wrong with my life and for the first time I discussed my life with someone( read Sunaina) and this was a turning point. She asked me my date of birth (Silly eh!) I said 10th feb, Oh! So you are an Aquarious! No wonder you feel that way. I was like Ahh? And she shared a Linda Goodman Aquarious personality profile with me. Now it doesn’t matter how authentic the personality profiles are and how credible sun signs are. What I know is that reading that personality profile sorted out a lot of inner struggles for me. I got to know why I was emotional detached, why I always craved for mental freedom, why my interests kept on changing and many things. On top of this she suggested I should write! 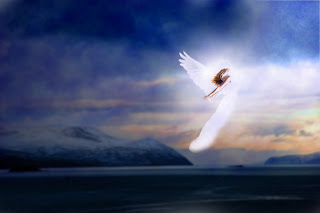 Since than I have been writing in fact writing is the only medium that sets me free in the newsletter team as well I shifted from technical writing to creative writing and got my zeal back and as a result unleashed my creative spirit. Soon I became a key player in the team. And I began dreaming of becoming a writer. I went on to become the content manager and than editor in chief of college newsletter(probably my biggest intended achievement). Than I met some new people Sampad a writer from Bhubaneswar ( a guy with dreams) , got to know about Nikhil’s writing skills,  Hiral My dear sister and phenomenal writer, a group of guys from Bhubaneswar all excellent photographer, an artist from Mumbai, Srishti a fashion designer( another software engineer) from Delhi, Mohit (IITian to say but a writer at heart). And I realized there are much bigger  things that can be done for this country is full of amazing people who if can be taken together under one room might create an organization well beyond the expectations of anyone in the world. And that’s when I decided I want to start my own publishing house. And with the help of handpicked awesome people  I will publish such quality stuff that people treasure it for their life. I will introduce mangas to Indian society for they are such powerful medium of entertainment that they can positively influence the life of millions of Indian kids.
While preparing for MBA I met another interesting bunch of people Aakash ( a guy from Hindi medium background and has a better English grammar than anyone I know), Vikram a rebel in true sorts one who walks his own path without any regards to the world, Gautam a guy with a big heart and even bigger vision. I joined PagalGuy.com and made a friend Satwinder another great writer fellow manga afisionado and a FMS call getter;) these people influenced my life in ways I cannot explain as yet.

Now from here on its about past 2 months, I was wondering whether to take up job after MBA or directly start my Entrepreneurial venture and got to know FMS has announced Placement holiday. I had applied for an international writers action team but didn’t remember that I had and got a mail that I was selected just when I was looking for some good CV points on top that the guy who is leading our team is a Graphic artist and another Manga fan. Moreover the head of the Indian chapter of the challenge future the international competition we are talking about is an MBA who plans to turn entrepreneur soon and start his own e-Magazine! Recently the placement got over at FMS and for the first time TIMEs group india’s biggest media conglomerate offered a general management profile. Moreover Abhishek my friend from the newsletter team has got Call from MDI and who knows we may work together on a bigger thing now 😉 And yeah I finished reading The Celestine’s Prophecy!
I am leaving tomorrow for my interview lets see what coincidences awaits me!

25 thoughts on “Coincidences In my life : Past three years”